A week before heading anywhere hilly usually leaves me glued to the Met Office and MWIS websites in acts of gross procrastination, but last week was probably worse than normal with the promise of some cold weather (finally!) coinciding with heading up to North Wales to see Faye. Things didn’t feel particularly promising by Wednesday - I was in the middle of a week putting in long evenings at the office and it looked like any snow from earlier in the week was beginning to thaw. Nonetheless, the funny looks at 7am on the Northern Line with an ice-axe strapped to my rucksack paid off and we were treated to some of the best weather I’ve yet had in North Wales. 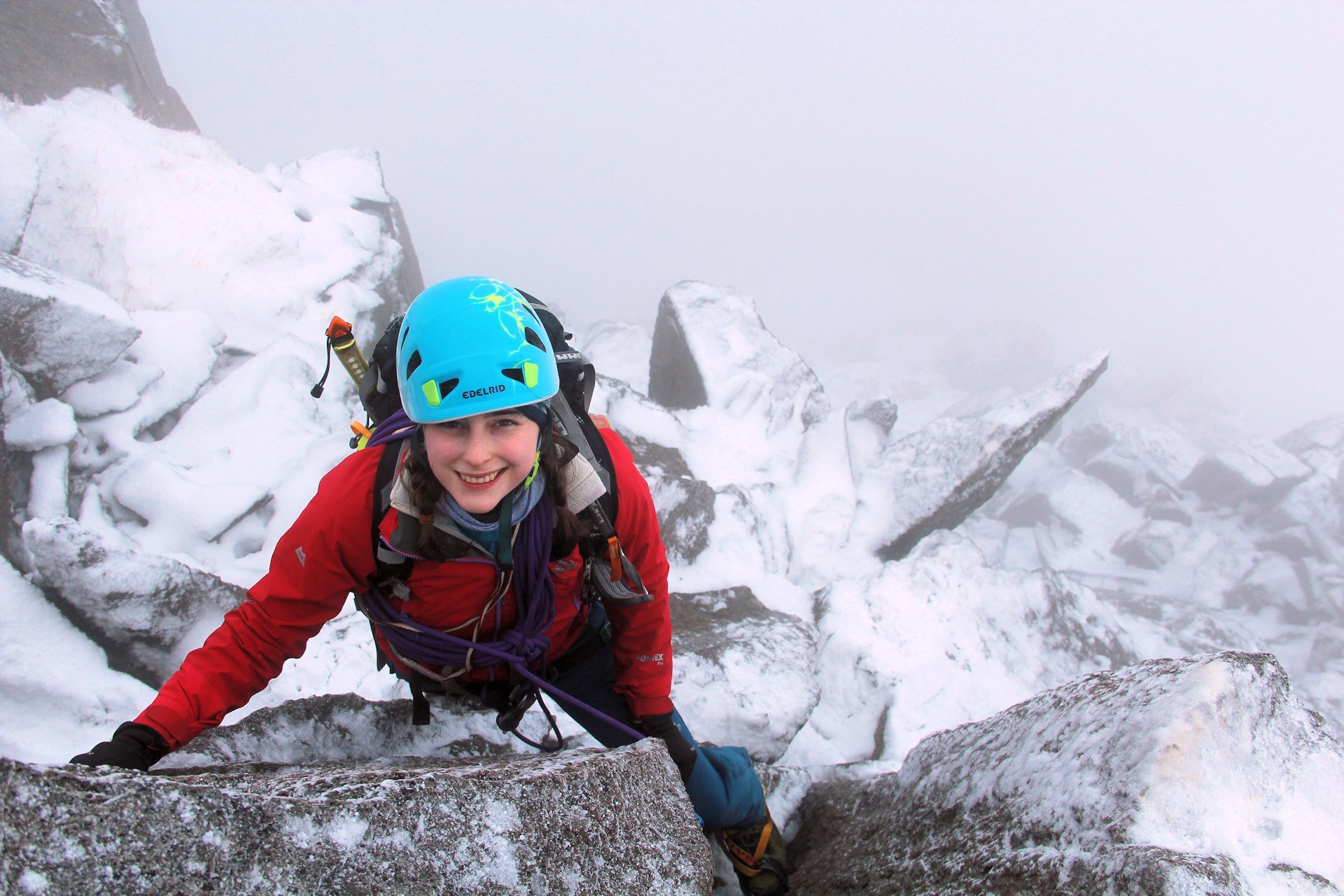 We started early on Saturday morning to make the most of the cold, catching a lift with Ken dropping off Clare for work, making a detour to the Cromlech boulders and CC hut in the Llanberis Pass. We made our way up an increasingly boggy path up and into Cwm Glas. The all-enveloping cloud cover that followed transported us into a snowy fishbowl more familiar to the Cairngorm than the soggy grey murk we’ve had for our last few weekends on the hills together. 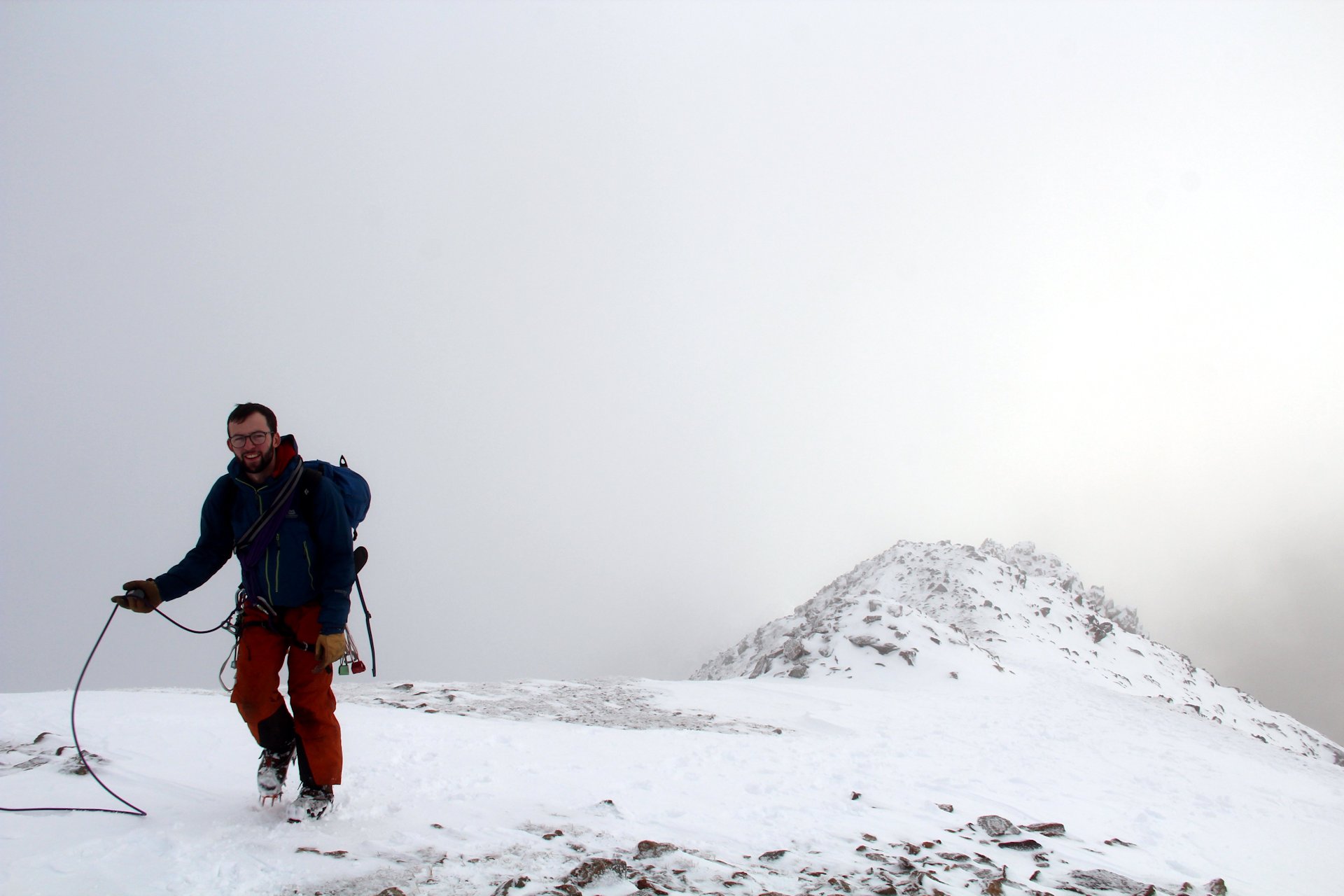 We had yo-yo’ed with another group on our approach and luckily found ourselves the first at the base of the access gully for the Clogwyn y Person Arete. Having racked and layered up, we began to make our ascent of the arete… steeper than I remembered from the last time I had climbed it in summer conditions, over five years ago. The rock was reasonably well rimed-up and certainly upper layers of the turf were frozen, although some care had to be taken over the occasional patch or verglas. 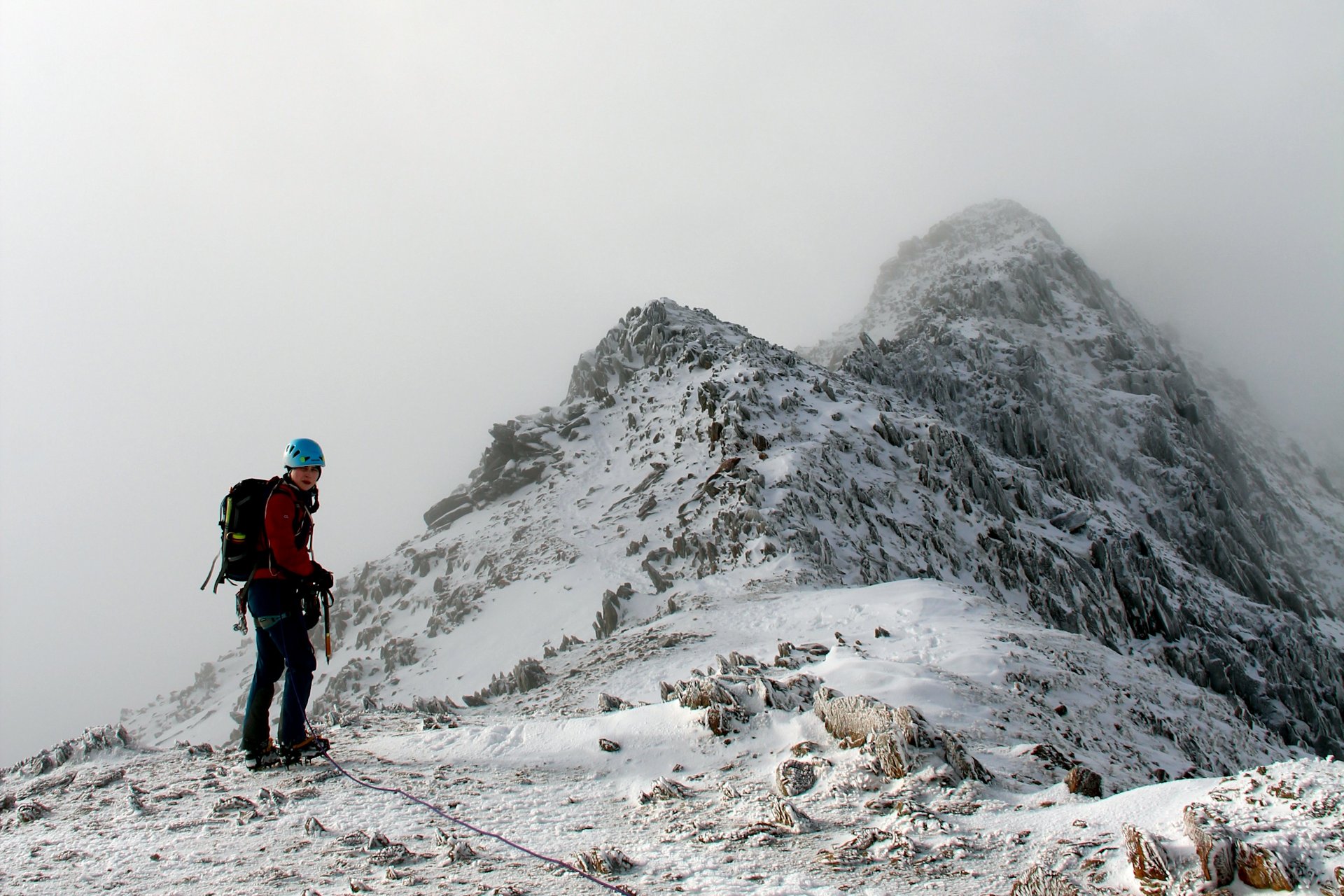 Stuck in clag for almost the entire route, the clanging of gear and occasional sound from the three parties below were the only distraction from getting to the top. As we ascended the gentler summit slopes the cloud began to clear and swirl around the broken tops of Crib y Drysgl, providing occasional views down into Glaslyn. Creeping in and out of the cloud seemed to make the ascent onto and over Garnedd Ugain go faster than normal however the quiet of our isolated cloudscape was quickly broken upon arrival at the top of the Pyg Track. 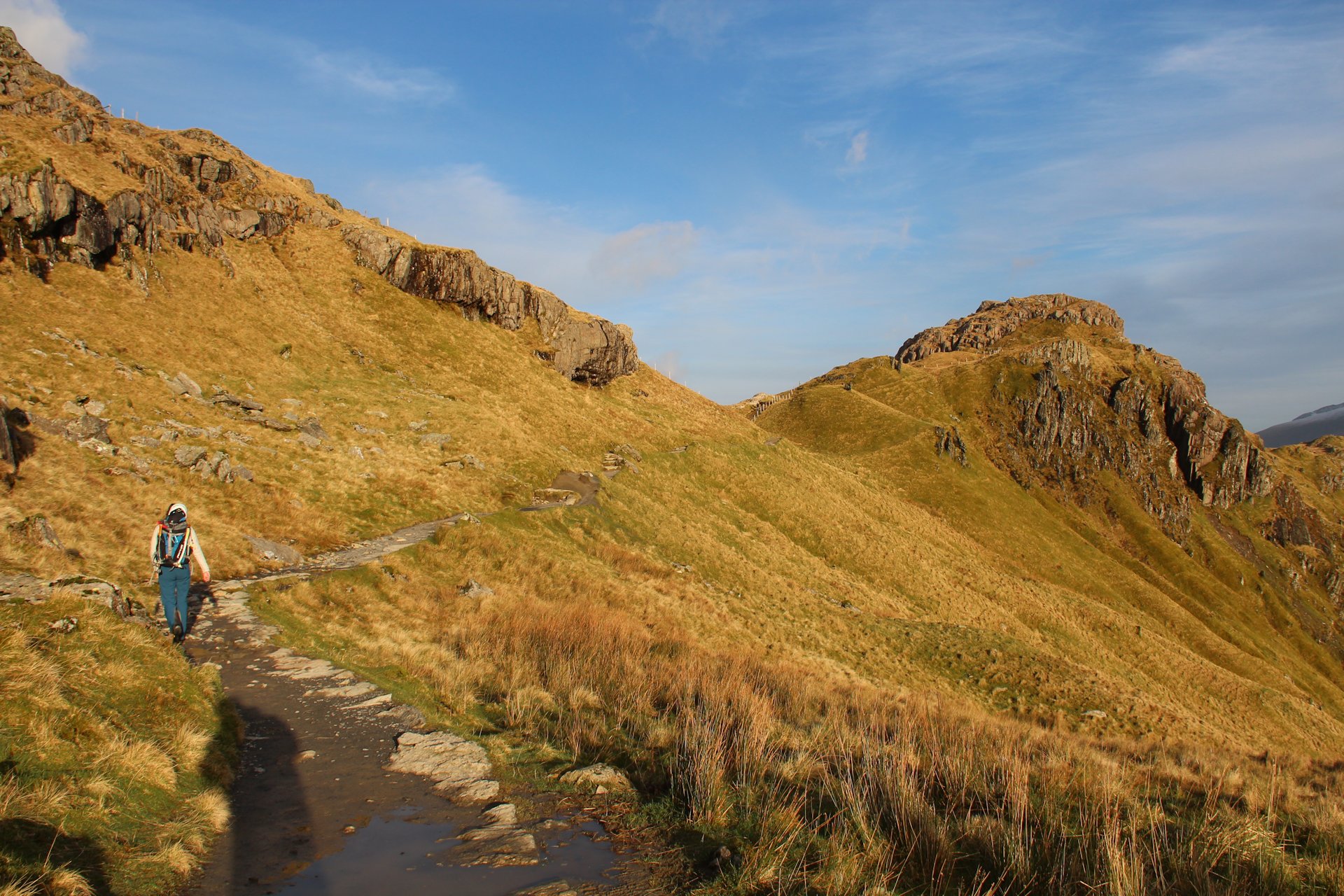 It is quite difficult to know what line to strike with regards to the number of people on the summit of Snowdon. Despite the relatively benign conditions, it wouldn’t have taken a lot to change for a large number of people we saw at the summit to find themselves out of their depth. This was epitomised by the rickety wooden barrier that has been installed at the top of the Pyg track; does it provide a safety line over a notoriously icy step before the easy summit slope or is it instead circumnavigating what might rightly be a good indication for someone less prepared to turn back around? 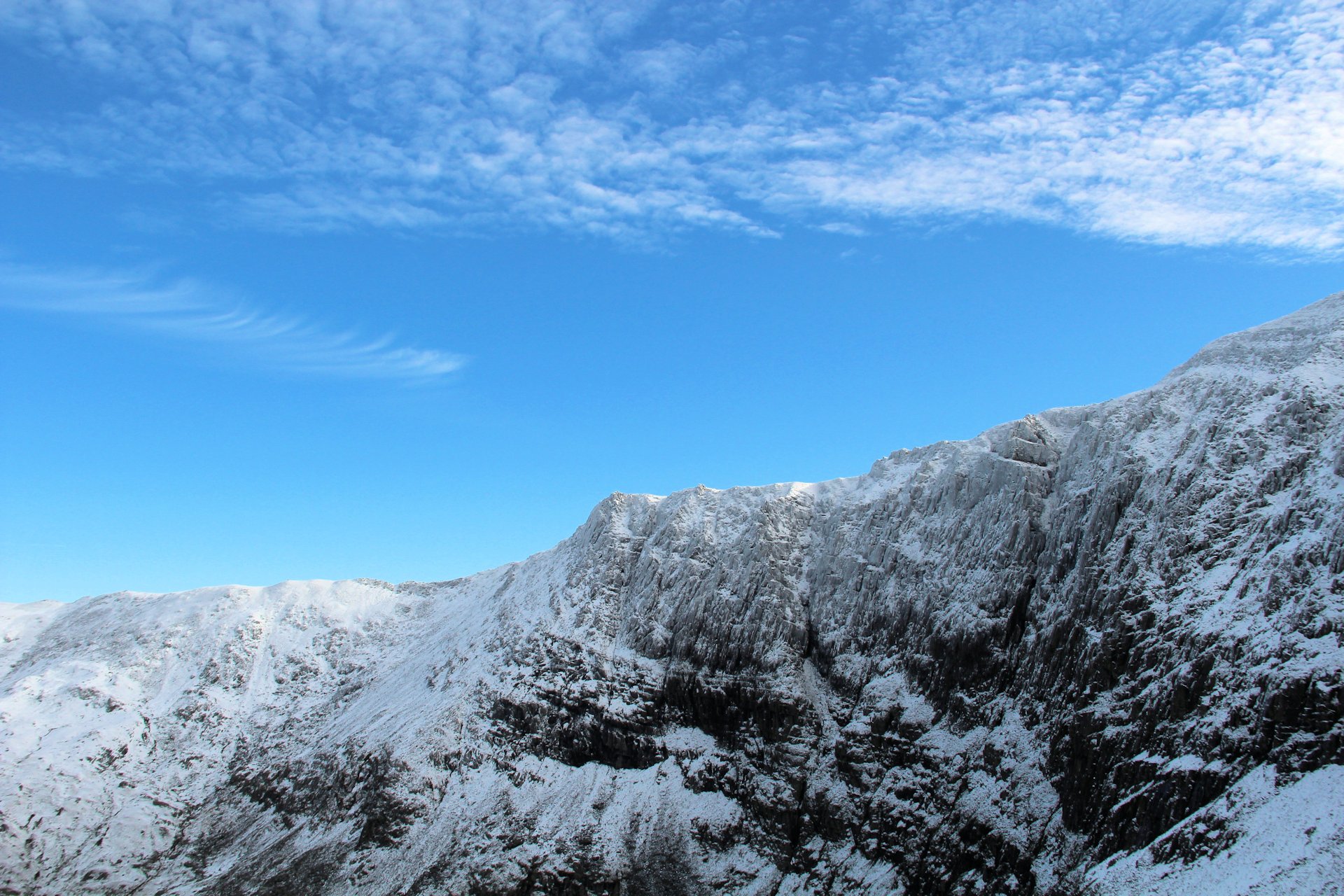 After a bite to eat for lunch in the shelter of the summit cairn, we made our way back to Pen y Pass and headed home for a delicious ramen dinner. The next day was a slightly later start and everyone was heading up onto the hill. Faye and I were dropped off just outside of Bethesda to walk into Cwm Pen-llafar to check out the Llech Ddu spur, while Ken, Clare, Hannah and Tom drove into Ogwen and ascended Carnedd Dafydd via Pen yr Ole Wen. 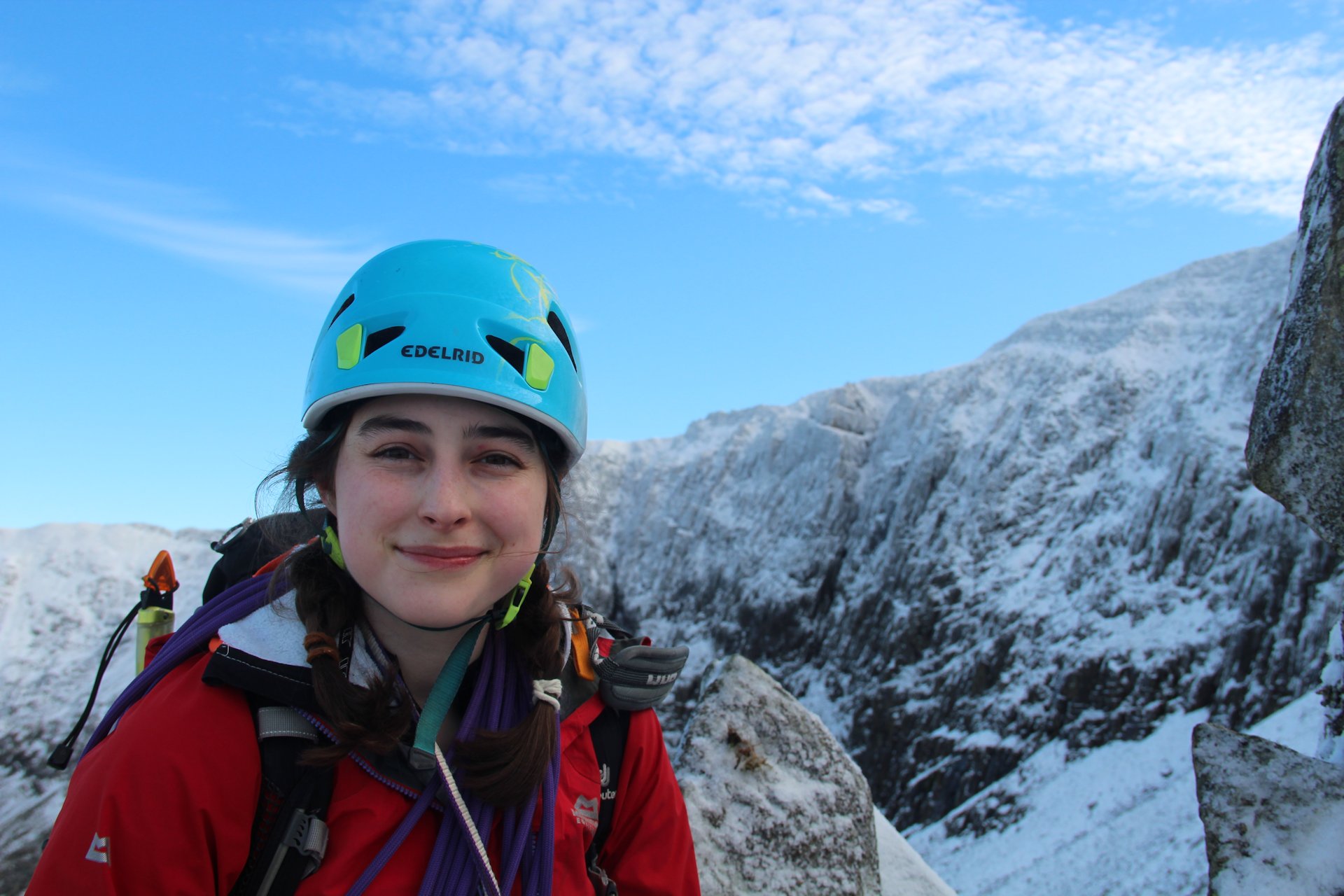 The conditions on the spur were amazing. The low temperatures overnight had resulted in turf even at the valley level beginning to freeze and a further dusting of snow overnight meant the climbing was perfect. As we topped out, my phone buzzed as Ken let us know they were also just about to get to the summit of Carnedd Dafydd. It would probably have been more difficult to coordinate better timing! Faye and I devoured what was left of our food before taking a photo of the six of us and then heading down. 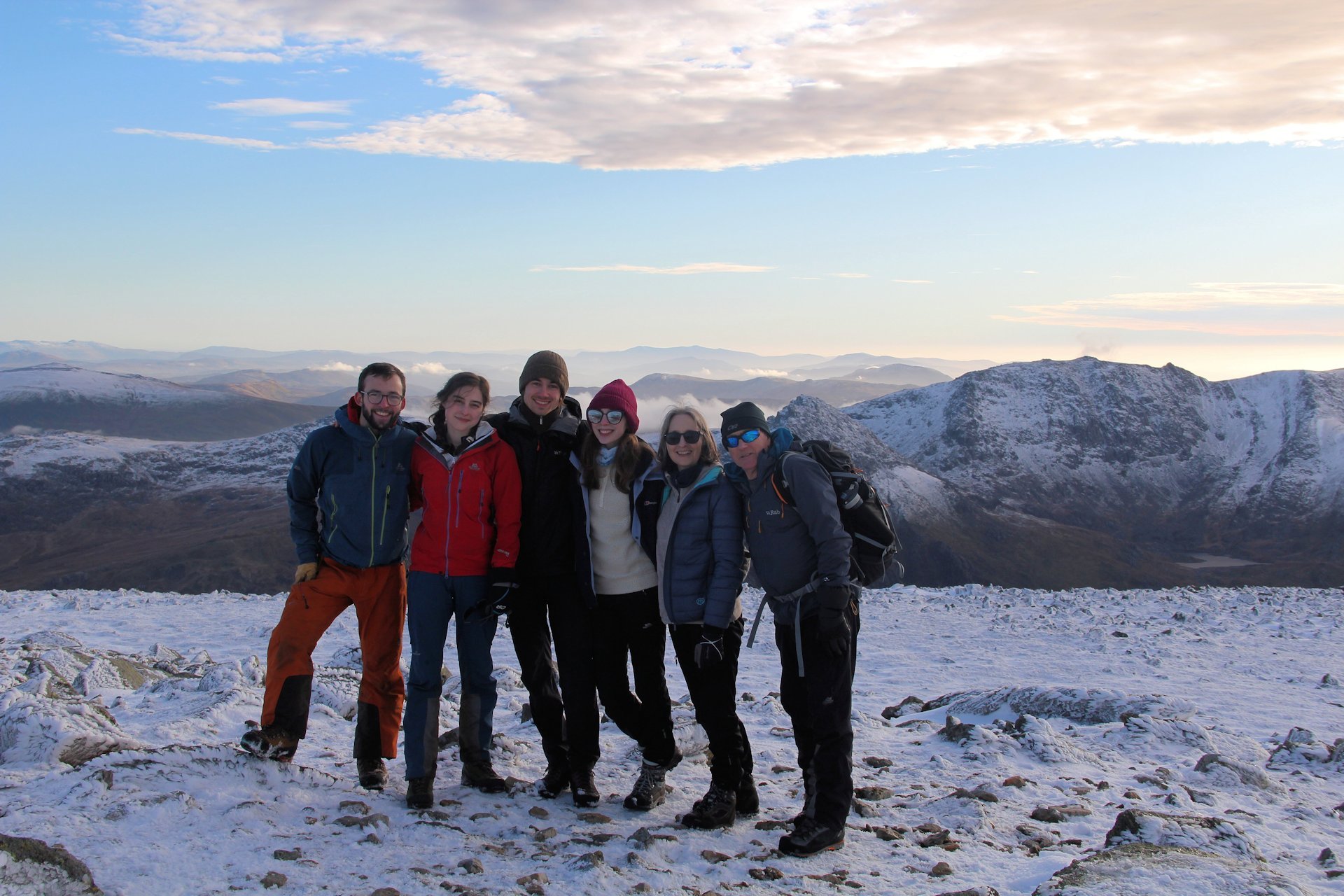 Driving back via Llynau Mymbyr and the Llanberis Pass, we were treated to a majestic sunset of vibrant pinks and luminescent oranges. Maybe it was a fitting end to a weekend after Faye’s funding from Literature Wales had been officially announced…!