New Year on the Misty Isle

As has been the case for the past four years, the new year brought about a heavy thaw after what looked like promising and frozen cold snap in the weeks prior. Nevertheless, at 5:30pm on Sunday 29th December I strapped on overpacked duffle bag full of winter kit and headed for Kings Cross. A generous stopover at Adam’s in Sheffield later, we were on the now too familiar drive to Gretna Green, Glasgow and beyond. 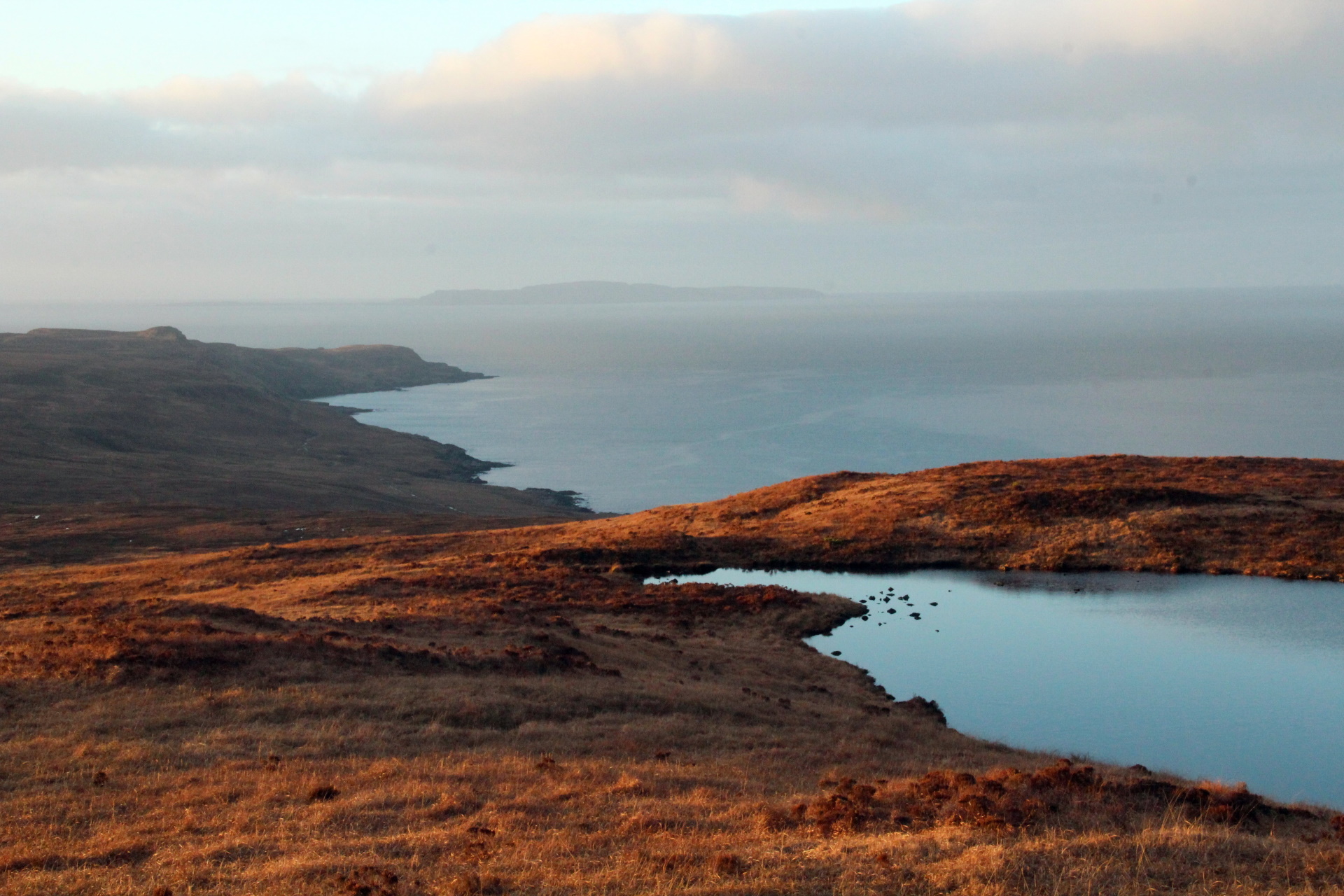 Several hours later, we arrived in darkness at our accommodation for the week. With the next day looking like the best weather window we would have, plans were made to head south to the Cuillin and walk from Gars Bheinn back along the ridge to Loch Coir’ a Ghrunnda. Still in the dark, we set off the following morning for Glenbrittle where we arrived to the sun beginning to spill its light across An Sgùman; given it was New Year’s Eve and the hills were conspicuously lacking in snow the car park was surprisingly busy. 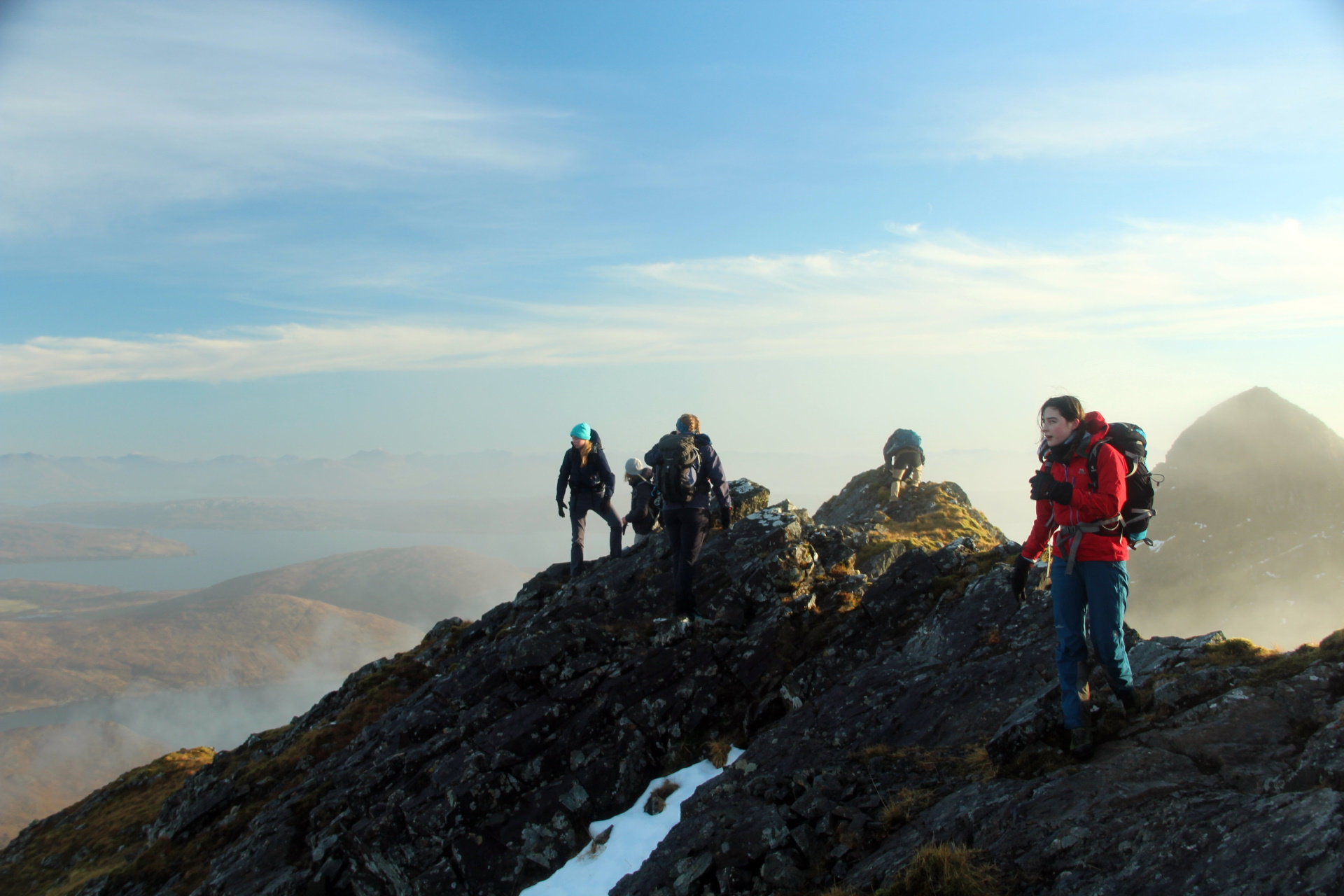 The sun remained hovering just above the horizon for the rest of the day as we made the (longer than expected) approach to Gars Bheinn. After Christmas and a couple of weeks without cycling to work, the 500 metre ascent from the path was surprisingly exhausting work. In a fitting metaphor, every cloud has a silver lining and we were treated to cloud inversion which began to form while we stopped for lunch as well as our first (of several) Brocken spectres of the day. 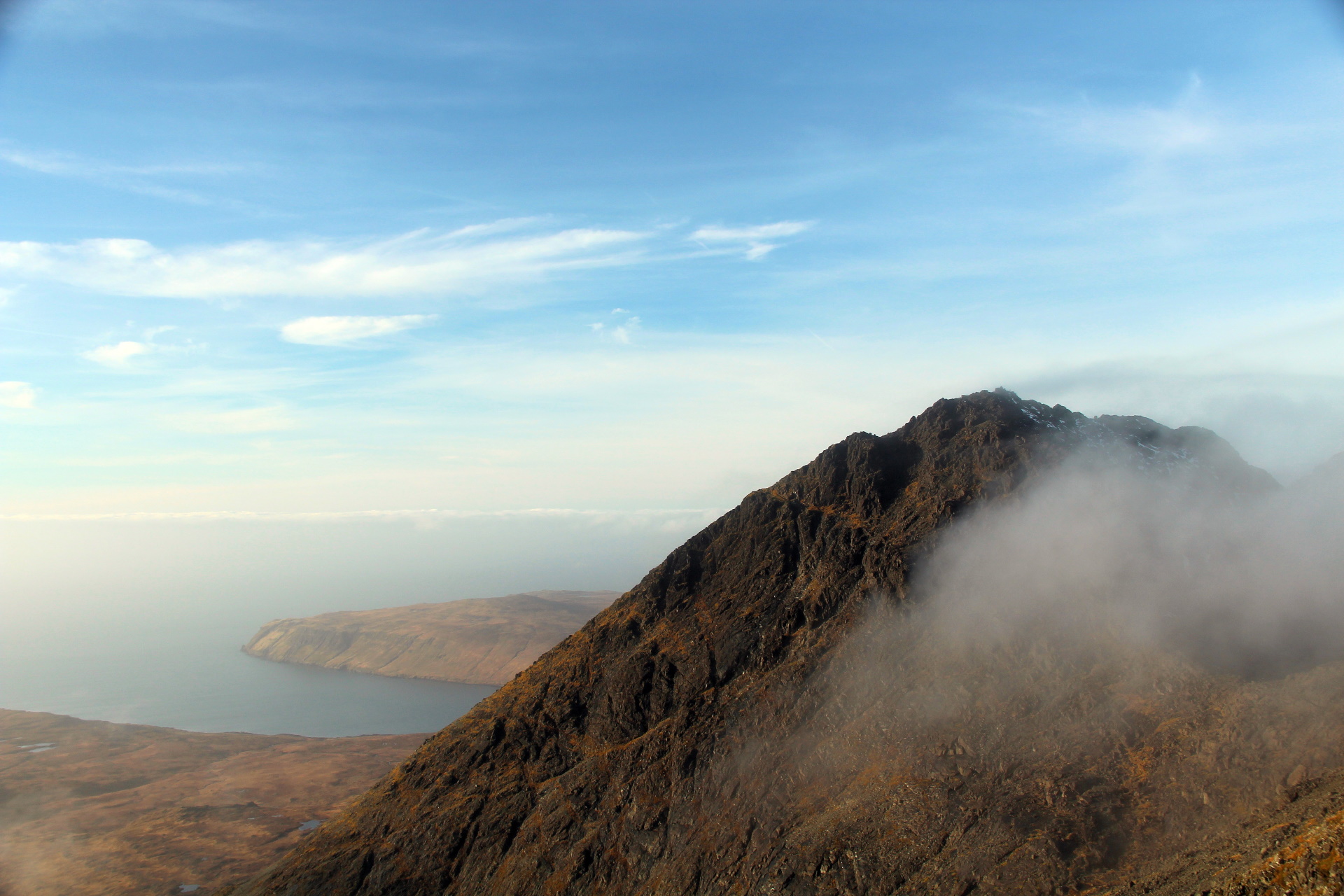 It was my first time on the Southern Cuillin, which offered kinder scrambling terrain than the ridge I’m familiar with north of Sgurr Alasdair. This is of course up until the TD Gap which was the stopping point on the ridge for our relatively large party of eight. As we descended into Loch Coir’ a Ghrunda and the cloud that consumed it, the sun dipped towards the horizon again and not only the sky but the cloud we were in took on a beautifully sombre pink colour. 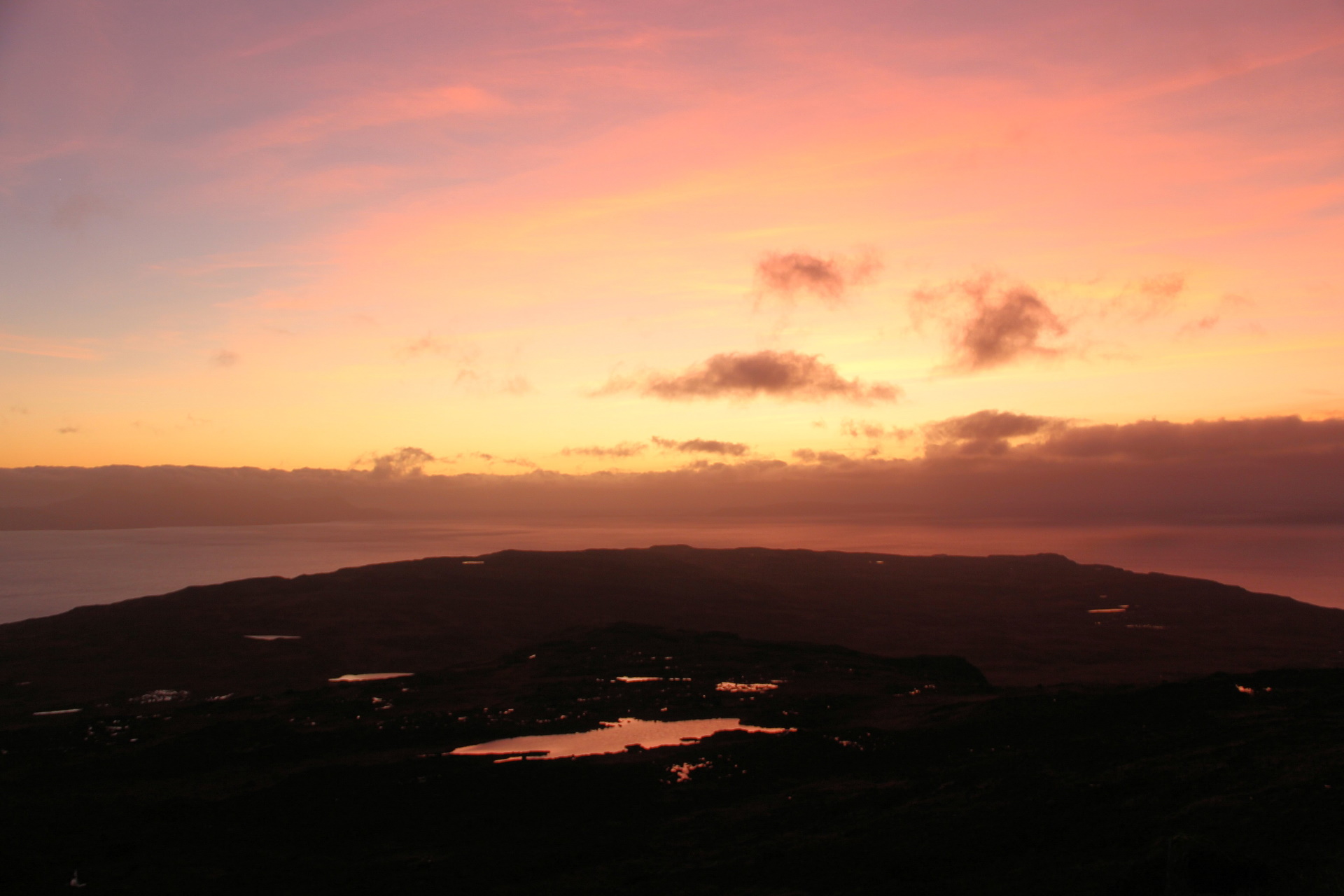 By the end of day we were all pretty worn out, but still found enough energy to rustle together a roast dinner to celebrate the New Year, then moved to the sitting room complete open fire to play the card game Chameleon that Ollie had brought with him. As the clock rolled through to the new decade, we saw in the 2020’s with a traditional round of Auld Lang Syne. 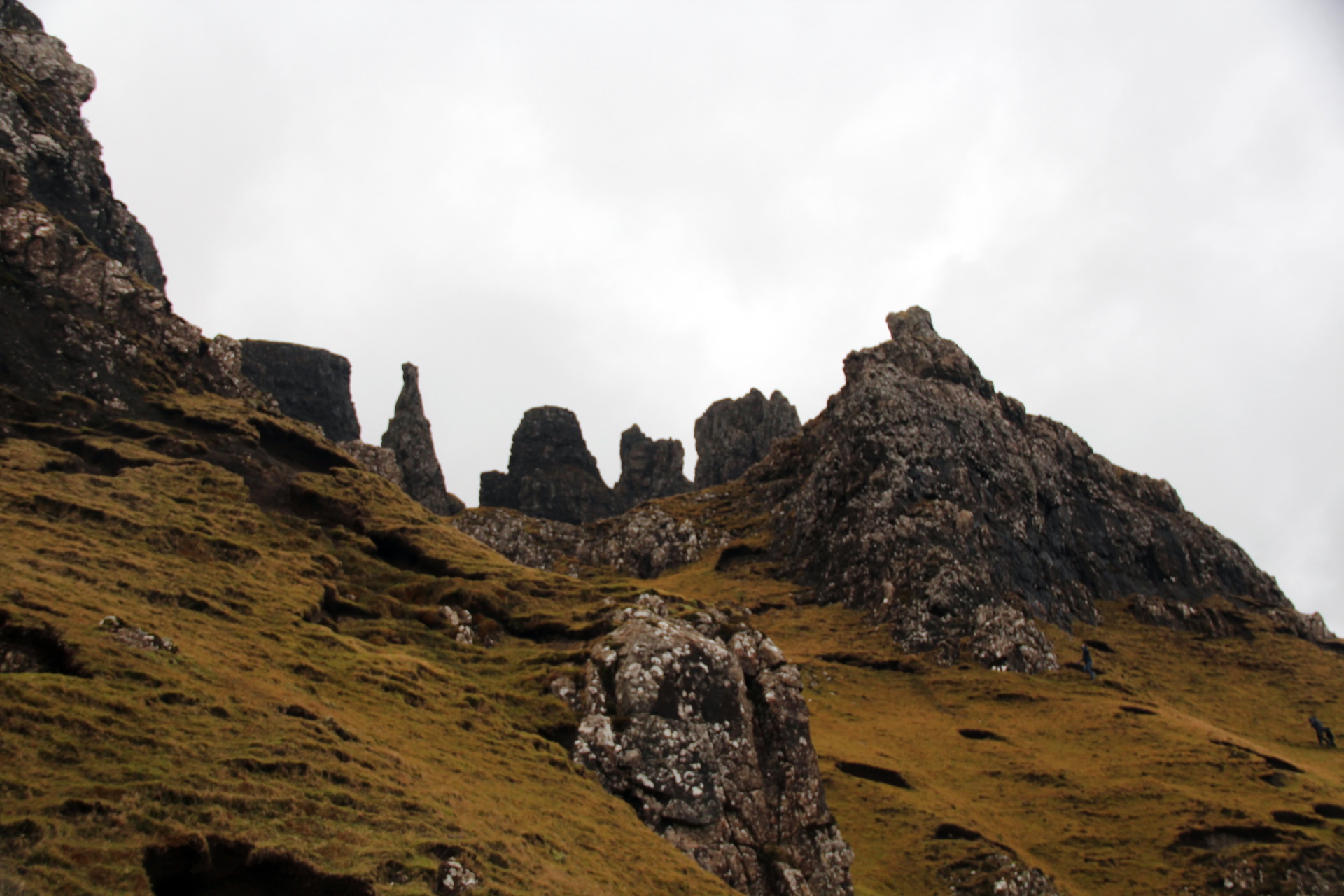 Over the next two days, the weather took a turn for the worse and we were battered by rain and winds strong enough to blow us off our feet as we circled back on our walk from the Quirang on Wednesday. The car park at the top of the pass between Staffin and Uig has been refurbished over the last couple of years and the effect of this could be seen in the churned up and quagmire-like path which was sad to see. 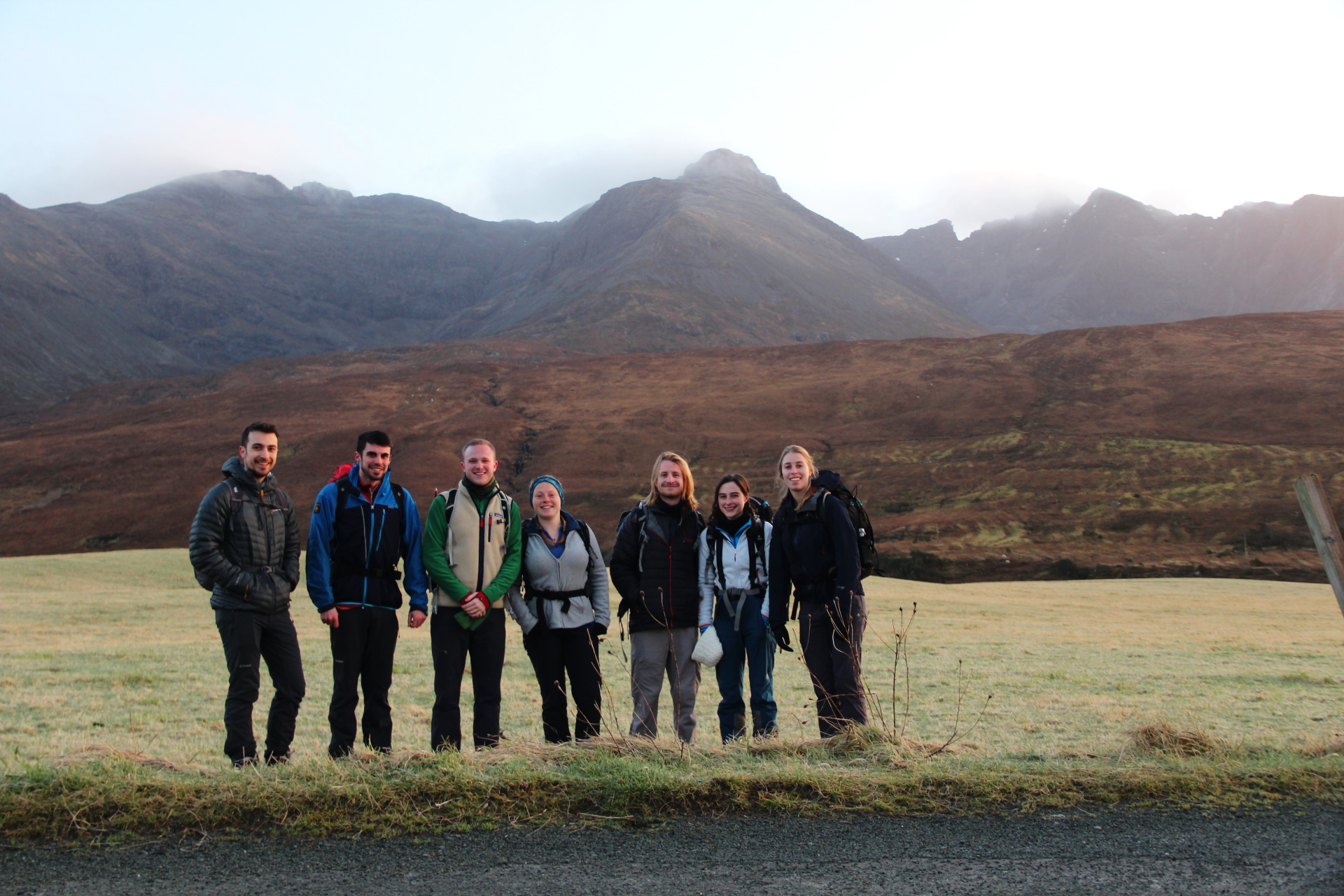 As we drove back home on the Friday it was great to reflect on a lovely week away with friends, just in time to reboot at the start of the year. Thanks Adam, Ashley, Duncan, Elisha, Faye, Meg and Ollie for a fantastic week!